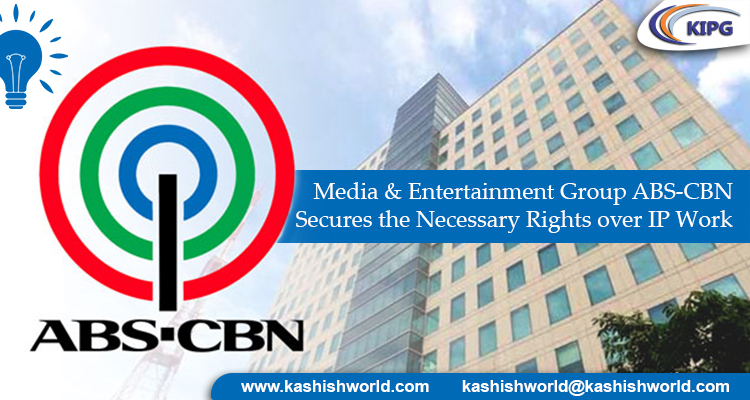 As per various reports, Philippines’ largest entertainment and media group, ABS-CBN Corporation, has quite recently secured all the necessary rights over its Intellectual Property (IP) work, that too, amid allegations of denying royalties to its talents.

In the recent hearing on the franchise of ABS-CBN, Maxim Uy, the legal counsel of ABS-CBN, mentioned that as the broadcast network executes agreements and contracts with the workers contracted to produce IP assets, such as television programs and movies, they all agree that the rights of ABS-CBN are absolute. He said that all the workers agree to assign the specific IP assets, which they may have in work, and all these works, in turn, are commissioned works as defined in the IP Code. Therefore, all the necessary rights over IP are secured by ABS-CBN before exhibiting any IP work.

Uy specified that all the works aired by ABS-CBN are either produced by third parties or its in-house workers. In the scenario where the creative works are produced by third parties, ABS-CBN executes all the necessary agreements with the producers. As far as the works of ABS-CBN are concerned, the broadcast network executes contracts and agreements with all the workers, who are a part of the production of the IP related works. All the necessary rights are mentioned clearly in such contracts and agreements. And, as the producer, ABS-CBN owns the end product or the IP work, which is the result of the production. According to Uy, because of this arrangement, no royalties or any further payments are ever due to the workers who are engaged in the production of programs.

Uy stated that as per the IP Code, the creators of IP works are entitled to royalties under some specific circumstances; however, if they assign all their rights to the work, then they can waive any claim for royalties. And, this is exactly the scenario in the engagement of workers for programs of ABS-CBN.

Quite recently, there have also been many allegations thrown against ABS-CBN corresponding to it denying royalties or payments to its talents, specifically in the entertainment sector.

Keeping aside the concerns of Intellectual Property Rights (IPRs), the labor issues of the country’s biggest media network were also tackled by the lower chamber. According to the Department of Labor and Employment’s routine inspection, ABS-CBN has been complying well with the Philippine labor standards.