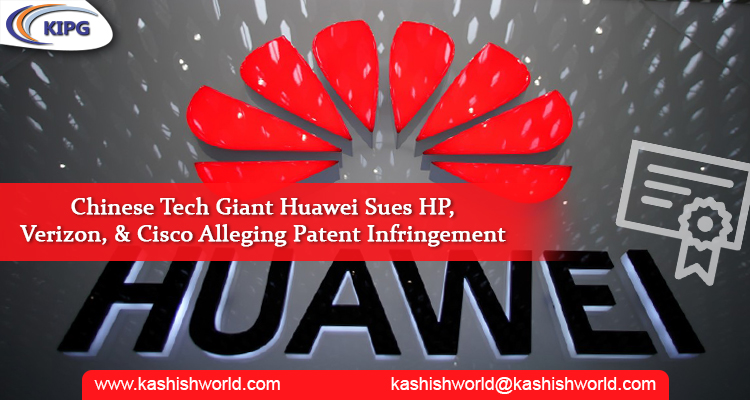 As the United States is continuously cracking down hard on Huawei (a Chinese multinational technology company specializing in providing telecommunications equipment and selling consumer electronics such as smartphones) and pressurizing the company in multiple aspects, it seems the Chinese tech giant is now fighting back and targeting various brands, including Verizon, HP, and Cisco with Patent Infringement lawsuits.

What exactly has enabled Huawei to sue the companies mentioned above appears to be the recent changes made in the US government’s FRAND agreement (an acronym for fair, reasonable, and non-discriminatory, which denotes a voluntary agreement between the standard-setting organization and the holder of standard-essential patents). To be specific, the recent amendments have made it quite convenient for Huawei to target these three companies. The Chinese smartphone vendor’s response to the US sanctions against it begins with the claims of patent infringement against Verizon for its products and technology, which it had, in turn, acquired from HP and Cisco.

At present, Huawei is demanding royalty payments for near about a hundred patents. According to a few sources, this event might also be leveraged by the Chinese tech giant to compel court discovery on the confidential information of Verizon and its suppliers. To put it straightforwardly, Huawei would be able to gain in-depth access to the products and technology of its competitors.

This move by Huawei is unexpected as the US government, to be specific, had never thought that the Chinese tech giant would turn the US Patent Law against the widely known American companies. Furthermore, this move may end up harming the local companies in the coming future as well.