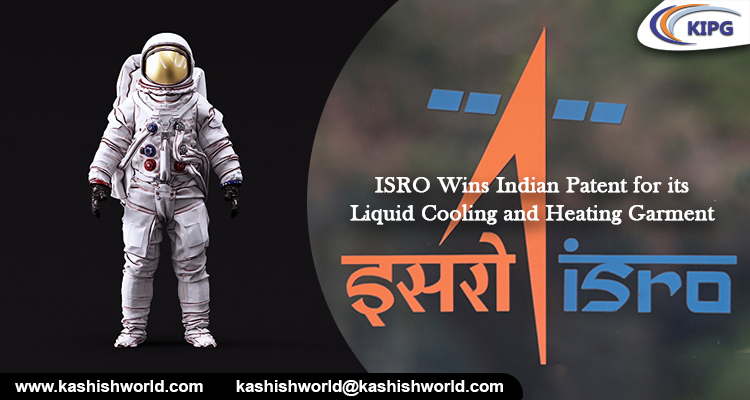 The space agency of the Government of India, the Indian Space Research Organization (ISRO), has quite recently won a patent for its Liquid Cooling and Heating Garment (LCHG), which offers protection from the cold and hot environments. The protective garment is made up of biocompatible components and fabrics, which provide a comfortable temperature and remove the sweat of astronauts in space. According to ISRO’s Patent Specification, the protective garment has superior heat transfer efficiency. It can be efficiently used for maintaining the body temperature of the wearer at different levels, which are appropriate for the physiological performance required.

Although ISRO is the patent owner or patentee of the protective garment, the four innovators are Reshmi Balachandran, Srirangam Siripothu, Gurumurthy Chandrasekaran, and Saraswathi Kesava Pillai Manu.

LCHGs are primarily used in fire fighting, military applications, and space, and also for cooling and heating purposes for protection against the hot and cold environments, extreme temperatures, and humid conditions, which may exist in some areas. These garments come up with a system, which helps in circulating the temperature controlling fluid inside and outside the garment.

As per the Patent Application filed by ISRO with the Indian Patent Office on 8th February 2016, the invention is designed to enable long term use of the garment without affecting the wearer in terms of infection or skin irritation. Furthermore, it has a pretty low cost of manufacture.

The garment consists of an inner layer of polymeric fabric tricot, which comes in contact with the skin of the wearer, and an outer layer of polymeric fabric net. Both the layers of the garment are well separated by a plurality of tubes, which are configured to circulate a heat transfer fluid. These tubes are arranged in such a manner that they cover the entire body of the wearer. They don’t cause any overlaps and remove maximum heat from the wearer.

As of now, ISRO is working hard on an ambitious project named ‘Gaganyaan’ to send three air force pilots for a week into space. The project is worth Rs. 10,000-crore. Four Indian Air Force pilots are currently undergoing astronaut training in Russia. Out of these four pilots, three will travel into space at a height of nearly about 400 km.