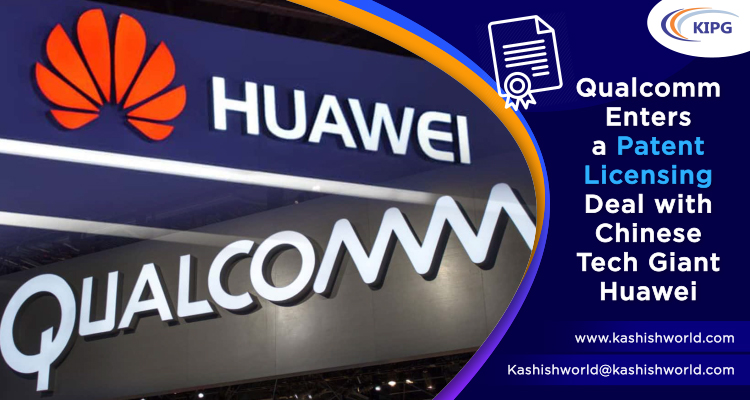 The American public multinational corporation, Qualcomm (headquartered in San Diego, California, and incorporated in Delaware), has quite recently entered a Patent Licensing deal with the Chinese multinational technology company Huawei to settle a Patent Dispute.

According to Qualcomm, the global licensing deal grants Huawei the rights back to some of the San Diego-based tech company’s patents effective for 1st January 2020.

As part of the back-dated agreement, Qualcomm expects somewhere around $1.8 billion from Huawei.

Steve Mollenkopf, the CEO at Qualcomm, said in a statement that as 5G continues to roll out, Qualcomm has realized the benefits of the investments that it has made in coming up with the most extensive licensing program in mobiles. He further stated that Qualcomm is efficiently turning the technical challenges of 5G into commercial wins and leadership opportunities.

Qualcomm announced the patent licensing deal in its third-quarter earnings report. In its previous quarter that ended on 28th July 2020, the company had generated $4.89 billion in revenue and $845 million in profit. By beating the expectations of the analysts, the company reported a profit of $0.74 per share. When it comes to its current quarter, the company has predicted its earnings somewhere between $1.05 and $1.25 per share, that too, with a 15% year-over-year drop in handset shipments that it attributed to the Coronavirus (COVID-19) pandemic.

Qualcomm had announced a similar patent licensing deal with Apple as well in 2019.

For the patent licensing deal signed with Huawei, Mollenkopf said that Qualcomm delivered the earnings well above the high end of its range, continued to execute in its product and licensing businesses, and entered a new long-term patent license agreement with Huawei – all of which positions Qualcomm adequately for maintaining the balance of 2020 and beyond.