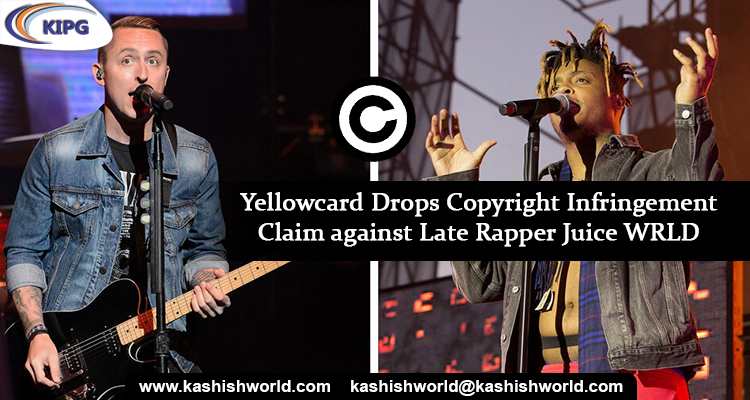 Yellowcard, the 2000s-era emo band, has quite recently withdrawn its Copyright Infringement Lawsuit against the estate of the late rapper, Juice WRLD, over his song ‘Lucid Dreams.’

The band had originally filed the papers last year in October by claiming that the rapper’s song ‘Lucid Dreams’ used part of its track ‘Holly Wood Died’ (launched in 2006). Yellowcard had also highlighted the alleged sonic similarities between the two songs in the lawsuit filed and was suing the rapper for the damages, past and present royalties for the song, and the profits earned from his tours. However, when Juice WRLD died in December 2019, the American rock band reconsidered its claim as all the members felt uncomfortable in pursuing the rapper’s grieving mother over the alleged Copyright Infringement.

Besides, it is also worth noting that Yellowcard has dismissed the multimillion-dollar copyright infringement lawsuit without prejudice, which implies that it can undoubtedly be refiled in the future as well.

Richard S. Busch, Yellowcard’s attorney, said in a statement that the dismissal is without prejudice, which implies that the lawsuit can be refiled. He also mentioned that the band was feeling exceedingly uncomfortable about pursuing the action against Juice WRLD’s grieving mother as the representative of his estate. According to him, the rock band’s members are incredibly sympathetic about Juice WRLD’s death and were initially torn about pursuing the action in light of his death. In the end, he said that as a consequence of everything that has happened, Yellowcard requires some additional time to figure out what it wants to do.

Christine Lapera, the attorney for the Juice WRLD estate, said in a statement that the defendants were completely prepared to defend against the allegations, which they believed had no merit.

The legal proceedings for the copyright infringement lawsuit were halted for the first time last year in December when Juice WRLD died at the age of 21 from an accidental overdose. This year in February, the case again got halted until Juice WRLD’s estate could appoint an administrator. In April, the case was paused again due to the COVID-19 pandemic, before a recommencement was announced earlier this month.