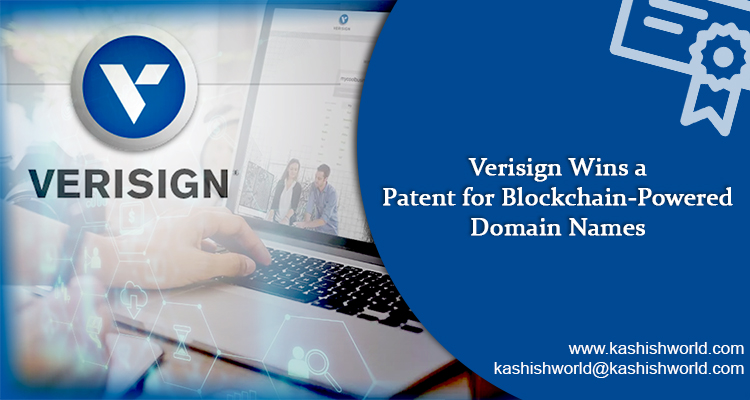 Verisign (a publicly-traded company specializing in providing global domain name registry services) has quite recently won a new patent, which applies the blockchain technology to domain names. The USPTO granted the US Patent No. 10,721,060 to Verisign on 21st July 2020 for the new patent.

The newly granted patent, titled ‘domain name blockchain user addresses,’ presents several crucial benefits and technical advantages associated with the registrants, who utilize their Domain Name System (DNS) domain names in a blockchain network. The system can offer the ability to utilize the domain names purchased in the traditional DNS environment in a blockchain environment. Verisign stated that by applying to this technology, the registry allows the users to transform the traditional domains into a blockchain user address, and, in turn, interact with the other participants on the network. The company further said that the technology enables the users to use domains like their blockchain presence.

The newly granted patent includes the management of private and public keys through both the DNS registry on the blockchain network and the operating requests for the ‘proof of registrar’ requests. The system allows the blockchain network to receive and store all the data about the domain name along with its connection with an already existing blockchain user address for the registrant. It can also allow a secure two-factor identification by consulting the blockchain for a given specific blockchain network. The same will also unlock the additional tools of verifying the user identity, such as sending a message to the attached email address or phone number or confirming proof of address ownership.

The domain name industry is not at all new to the cryptocurrency and blockchain technology. Several companies, like MyEtherWallet and Unstoppable Domains, have been collaborating to allow the crypto community to buy the ‘.crypto’ domains, which offer the decentralized domains. This year in March, the widely known web browser, Opera, became the first major web browser to integrate the ‘.crypto’ domain extension.